The most popular and demanded cryptocurrency in today’s time is bitcoin. Bitcoin first came into existence when an individual named Satoshi Nakamoto created it. Bitcoin is a decentralized digital currency with no physical appearance. Decentralized currency means any financial institution does not control it. The transactions made using bitcoins can never be controlled or governed by a central authority or banks, and the users pay no cost for transactions.

The main role of miners is to confirm the transactions by securing the bitcoin network. In return, the miners are provided new bitcoins as rewards for solving the block of transactions in every 10 minutes.

What is the actual purpose of Bitcoin Mining?

Unlike conventional currencies that are issued by banks, the case of bitcoins is a bit different. Bitcoins are not issued or created; the bitcoin miners mine these. The bitcoin miners are the dedicated computers that solve the computation problems. For solving the block of transactions every 10 minutes, miners are rewarded with new bitcoins.

The rate of issuing the bitcoins is automatically set in code; therefore, it doesn’t allow the miners to create bitcoins from thin air or cheat the bitcoin system. The new bitcoins can only be generated by using the computing power.

Every transaction made with bitcoin is added in the blocks. Each transaction is considered completed and secures once it gets added into the block of transactions. Now many people will get confused and may ask why? The answer to your question is that once a transaction gets added into a block, it is officially entrenched in bitcoin’s blockchain technology.

The role of miners is to secure the entire bitcoin network and verify the transactions. The miners make it difficult for attackers or hackers to stop, alter, or attack the bitcoin system. The more number of bitcoin miners make the network more secure. For bitcoin trading you can visit bitcoin up app.

How to mine Bitcoins?

Due to bitcoin’s volatile market, mining bitcoins are not considered profitable because you are unsure about profit gained from mining at the end of the day. Also, mining bitcoins consume huge electricity that can raise your electricity bills. This is why mining is usually done in big warehouses where the electricity is available at low prices. Let us know the steps included in bitcoin mining:

After finding hardware, it’s time to choose a mining pool. Without having a mining pool, the miner may receive the payout for finding the block of transactions on his own, which is referred to as solo mining.

Only through bitcoin mining software, the miner can fastener their mining hardware to the preferred mining pool. Software is required to point the hash rate at the mining pool.

In most countries, bitcoin mining is legal, but it is better to consult the local counsellors about bitcoin mining and know about the tax implications. 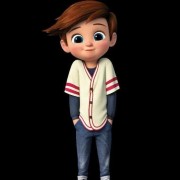 Top 5 Best Wallets for Ethereum Classic & Where to Store ETC Cryptocurrency in 2021?