Those terms became part of our daily lives. If you still don’t understand cryptocurrency, you feel like you’re in a science fiction movie when people talk about it. It all seems oh so complicated.

If you invest just a bit of effort, you’ll understand how decentralized currency works.

Wait; why did we start talking about decentralization all of the sudden? That’s what Bitcoin and all other cryptocurrencies are: decentralized electronic cash.

Decentralization is defined as “delegation of commensurate authority to individuals or units at all levels of an organization even those far removed from headquarters or other centers of power.”

When you apply this definition to currencies, it means they are not being governed by central banking systems.

What Is Decentralized Currency?

What does “control” mean in this case? The U.S. dollar has rates, which vary by the day. Who brings these decisions? They are affected by the increase and decrease of the supply, but the ultimate decision is with the central authority. When the authority wants to decrease the currency’s value, it will print new money and bring it into the market by buying securities. When the authority wants to reduce the flow of cash on the market, it sells T-bonds and T-bills, so it captures money in its reserves.

With printed money, centralization is necessary. But when people get too much power, it becomes a problem. Some of them are corrupted, and some don’t know how to conduct proper monetary policy. When the authority is corrupted, it works to the advantage of the mega-rich.

This is where decentralized currencies get into the picture.

When cryptocurrencies are decentralized, it means there’s no authority governing them. There are multiple points of control, which work through a blockchain.

This is a public database of transactions. It works as a distributed ledger. There’s no “printing new money” in this system. Bitcoin, for example, was launched with a total supply of 21 Million. After the date when all Bitcoins are released, there will be no new ones issued, ever.

Where are these Bitcoins? In the mines of the Internet. Miners can discover them, so they directly inject them into the cryptocurrency economy.

The coin is practically a computer code, which can be easily verified but almost impossible to reproduce. The owner of the coin can sell it, hold it, or trade it. Many online stores accept these currencies. Microsoft, Shopify, and many do my homework services allow the users to pay with Bitcoin.

But just like printed money, cryptocurrencies also have values. Who determines them? – The supply and demand. This is a free market in its truest form.

What Are the Benefits of Decentralized Currency?

When you have real money, the government can take them away from you. But when it comes to decentralized crypto services, the government won’t seize or freeze them if you follow the best practices. When you won the private key to the Bitcoins, no authority can get that information.

Yes; it’s possible for governments to seize cryptocurrencies. But when you use the best practices, the encrypted private key will be only yours to access.

Cryptography keeps all your transactions secure. When you own this type of wallet, no one but you can make a payment from it.

When you want to transfer money from one bank account to another, you’ll pay fees. With large amounts of money, these fees are very expensive. The bank charges for its services. The credit card processing company does the same thing.

When you make transactions with decentralized currencies, there’s no middleman. The payments are border-free and the fees are extremely small or non-existent.

Governments want to control your money. They want to know everything about each transaction you make. If you want more privacy, decentralized cryptocurrency is the answer. The details of these transactions cannot reach banks and governments. You protect your identity, but still make the needed transactions.

When any factor destabilizes the country, the currency will lose on value. The decentralized cryptocurrency is not dependent on national monetary policies. No bank failures can affect it. The concepts of deflation and inflation don’t exist here.

Decentralized Cryptocurrency Is the Future

To wrap it up, you should remember that not all cryptocurrencies are decentralized. Some are governed by authority. So before you decide to invest in digital money, make sure it’s not centralized.

Although the decentralized cryptocurrency system has its disadvantages, it’s much more beneficial to the owner when compared to “real” money. The power is with the people, and that’s what the future should look like. 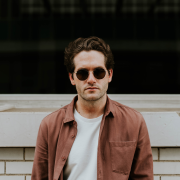 Bryan Davis is a tech blogger and adviser to people who want to invest money as safely as possible. He is a cryptocurrency enthusiast, mining details for any news from that niche. Bryan is an avid Twitter user, too. That’s the best medium for spreading info.

Why Bitcoin SV is the Global Chain