The trends might not be encouraging, and the air might be thick with skepticism surrounding everyone’s favorite cryptocurrency, but Fundstrat’s Tom Lee is positive that bitcoin will end the year with a bang, and reach a high ranging from $22,000 to $25,000, a belief that is in stark contrast to widespread feeling of doom and gloom in pertinence to BTC.

The end of 2017 was an all time high point for BTC, as its valuation soared to near $20,000, and it created global buzz, garnering widespread interest. The beginning of the drop coincided with a hack on Coincheck, the biggest digital currency exchange in Japan, an event which saw as much as $500 million disappear, raising a multitude of concerns and questions over the security of such equities. Subsequently, BTC dropped steeply to the $11,000 point. More hacks with losses in the tune of $70 million in total took place in two exchanges in South Korea, while various instances of security mishaps and crypto thefts were reported, prompting social media giants Facebook, Twitter, and Google to blacklist ads related to crypto, and that in turn saw the interest in BTC wane.

Lee, formerly the Chief Equity Strategist at JP Morgan, predicts a turnaround, however, and sees an end similar to that of 2017 for 2018, while talking to Heidi, aka TheBlockChainChick on her Crypto Tips Blog. He emphasizes the importance of moving averages and believes that they play a critical role in propelling BTC to a potential spike. According to Lee’s analysis, when BTC has stayed below its 200 day average, it goes up about 50% of the time in the next six months, but when it’s above its 200-day, it goes up 80% of the time in the same period. The analysis stems from a Fundstrat (where Lee is a managing partner) research carried out last week.

“People are too bearish,” he said. “What happens is people get bearish because it makes sense. You know, the market conditions have been terrible, and we are under our 200-day moving average.”

Lee also attributes the air of negativity to the anticipation of a lower “bottom” among the BTC community, with rumors being circulated about a potential $3,000 low, which in turn would be the ideal time to buy in, as the price would only rise from there on. But for Lee, $6,000 is the bottom, and he only sees the currency appreciating.

The basis for the $22,000 mark, Lee, who is also the head of research at Fundstrat Global Advisers, explains, lies in the break even to trading price ratio of the currency. He says that the cost of mining and overheads for one BTC is somewhere around $8,000-$9,000, and historically, it trades at about 2 and a half times that, originating Lee’s $22,000 prediction. Before the $20,000 boom last year, also, BTC’s break even point was at approximately $6,000.

On the subject of cryptocurrency being viewed as more than just a money making method, Lee opined that crypto has indeed redefined finance all over the world and it is now viewed as a solution to multiple problems instead of just a speculative form of investment. The reason for the shift and restructuring of general opinion is aided by the fact that, as a recent OECD study states, 6.5% of the global GDP is spent on just the right to use financial services, he said. BTC’s decentralized and transparent nature comes as a breath of fresh air in handling finance, as trust in tech companies is at a low too, from the perspective of privacy and security, and recent times have seen the aforementioned financial industry become the biggest clients for the tech industry.

Lee suggested that OTC (over the counter) transactions may help increase the general interest, and validate crypto even further in the eyes of the consumers, as it would bring an aura of reliability which might cause the urgency to sell to diminish. He also expressed his approval of collateral and algorithm backed stabilized coins.

Lee is also bullish, again, against the grain, when it comes to Ethereum, and believes that the currency took a disproportionate hit due to bad press and an amalgamation of other factors in 2018, and that it still would be able to bear the pressure, and revive itself in a clear fashion by the end of 2018.

Although Lee’s enthusiastic support for BTC and ETH may not be widely supported among the talkers of crypto town, and his musings may be against the tide, but Lee’s experience of 25 off years in equity assessment cannot be ignored, even though he has always been one of BTC’s prominent bulls. The jury is out on the issue, and only time will tell whether Lee’s bold analysis can come to fruition or not. 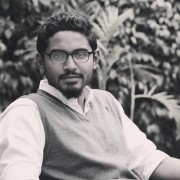