The long coveted alert key for bitcoin network designed by Satoshi Nakamoto, creator of bitcoin, who still remains unknown, has been unveiled.

The Alert key was designed by the legendary cryptographer in order to carry out alerts to the entire community using bitcoin networks without having to send it separately. The Alert keys purpose was to carry out messages to the entire bitcoin community in case of a network breach or if there was a threat to the security of network in any way. It protected the network by pushing the entire network into a safe mode if the system was alerted.

The Alert Key holders were initially believed to be Satoshi Nakamoto, Gavin Andresen and Theymos. All these people were rumored to be the creator of bitcoin at some point. However, since then the network has grown and so has the number of key holders. All the people who have had access to this key could broadcast messages over the network. This was done in order to enter the safe mode if an alert was ever received. This created vulnerability in the system. Because if a key became known to a person who wasn’t listed as a key holder, he/she could send an alert using the signature of an existing key holder and use it to their own end, hence the blame in case of sending a despicable message of importance to the network fell to the existing key holders.

Therefore, if procured by wrong hands the key could have been misused largely. It pointed out how vulnerable the system was due to the existence of such a key. The key could potentially pose a great risk of sending false messages over the network. In addition, the blame for causing such a panic goes to the people who have been rumored to have the key including all those names above and a few other well-known bitcoin core developers known as key holders. Bryan Bishop said:

As long as this feature of Alerting the system was available, it had never been misused but the threat remained. “The alert system was a frequent source of misunderstanding about the security model and ‘effective governance,” one of the key holders and well known contributor Greg Maxwell wrote in an email from September 2016.

In view of this problem, steps were taken. The first one being that the old version of bitcoin was updated and replaced by a newer version in 2016 and subsequently a last alert was sent in January 2017 informing the masses that this feature was no longer going to be available in the newer version.

The threat although minimized was not completely diminished because a majority of cryptocurrencies that were based on the earlier versions of bitcoin still had this feature. In order to get rid of the threat in its entirety all these cryptocurrencies should have eliminated the said feature.

The core developers have since made efforts to go through the codebases of these cryptocurrencies in order to notify them to eliminate that code and provide updated versions to the users. Some of those projects had even stopped developing and were being used all over as the older unedited versions. Bryan Bishop revealed if the copycats have not disabled the alert system, nor changed the alert key [public key], and if they have not sent what’s known as a final alert message, then once the [bitcoin] keys are released, anyone will be able to send alerts on those [other] networks.

Therefore, the developers decided to make the key public in order to safeguard their reputation. It was deemed important to reveal the key because some of the key holders are widely known and if the key had been compromised and was used for some ulterior motives then the blame would be allotted to the people alleged to be key holders.

One of the core contributors, Maxwell, stated in the email;

At some point after that, I would then plan to disclose this private key in public, eliminating any further potential of reputation attacks and diminishing the risk of misunderstanding the key as some special trusted source of authority.

Bishop revealed that it had been something that they have wanted to do for a long time but nobody has taken any action since. This was to ensure that the majority of the unedited older versions of projects were notified and none of them incorporated the Alert feature. Bishop also said;

It’s time. I’m thinking about releasing the private key early July at Building on Bitcoin, though it’s not finalized yet.

The Alert key was made public in the beginning of July 2018 as Bishop informed, but poses no threat to the network as the system, which incorporated this feature, is no longer in use. He tweeted;

Everyone hoping for altcoin mayhem & chaos due to alert key disclosure, you should seriously have your heads examined. Messing with other people’s money is 100% off limits. Alert system is very dead, hence why the disclosure is OK. #BuildingOnBitcoin 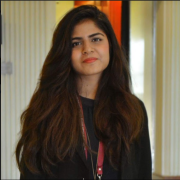 An electrical engineer, obsessed with graphic arts. Contributes her opinions about the blockchain industry. Email: editor.opinions@blockpublisher.com