Perhaps there are three things certain in life; death, taxes, and hacks. Cryptocurrencies have proven themselves to be a valuable currency alternative and investment vehicle, but have met difficulty obtaining the traction it needs due to a profitable hacking culture. This new generation of value and wealth is being siphoned away from hackers, leading to a cyclical dance between government, hacker, and blockchain company that results in a more robust, secure, compliant and valuable digital asset.

The onslaught of hacks go as far back as 2011 when hackers hijacked a Mt. Gox auditor’s computer and made away with what was then worth $30,000 in Bitcoin. Hackers have since upped the ante. In 2018, hackers targeted Coincheck, at the time Japan’s largest exchange, and scored $534 million in NEM coins.

Since last year, we’re looking at cryptocurrency adoption rates that have doubled, more companies betting big on crypto, and $256 trillion in traditional assets poised for tokenization. Hackers will continue to follow the money trail. In fact, it was recently revealed that over $200 million was stolen right from customer wallets. 2019 has become the most lucrative year ever for crypto thefts, making last year’s $1.7 billion haul a pittance compared to the $4.26 billion pilfered within the first six months of this year. Philip Martin, Coinbase’s CISO, keenly noted how the relentless amount of hacking “underscores for [him] how seriously the attackers are taking the [cryptocurrency] space.”

Hacking and the illicit use of stolen digital assets have prompted a slew of regulatory and technological responses. International anti-money laundering organization, Financial Action Task Force, has recently thrown a wrench into exchange operations by requiring financial institutions to identify both the sending and receiving parties, potentially removing the anonymity of crypto for the sake of safety. Hackings have also helped highlight the current deficiencies in blockchain that the industry is now seeking to resolve.

CEXs are trying to find the right response. WIth CEXs, private keys and hundreds of billions of digital assets are conveniently custodied for hackers to loot. Decentralizing aspects of their services helps them stay in compliance and bolsters security. Binance has built their own decentralized exchange that has been met with great success. KuCoin and Coinbase have recently responded by creating self-custody solutions to help reduce some of the critical vulnerabilities when mobilizing digital assets. We also see unaffiliated decentralized and peer to peer exchanges gaining in popularity.

The net result of this dynamic warring performance between hack and response equates to a net positive for the crypto industry and strengthens the argument for a crypto future. Even amidst the most rampant series of crypto-thefts to date, a 2019 Deloitte survey revealed that sentiments around the impact of regulation and security have improved since 2018 by 9 and 6 points respectively. In fact, 53% of senior executives believe that blockchain is a critical priority for their companies and 93% of companies are planning to invest over the next 12 months.

Many liken crypto and blockchain to the internet because of its potential for unimaginable impact. No one could have predicted that a military developed research network called ARPANET would lay the foundation that empowers billions of people around the world with information, education, communication, and financial inclusion. Cryptocurrencies and blockchain have the ability to recreate the same internet phenomena with all segments of our society, with exceptional impact to the financial sector due to their long term value, ease of maintenance and inherent traceability.

Cryptos are also more efficient to maintain. Managing physical money is cumbersome and expensive, costing the US upwards of $980 million in 2019 just to print, ship, store, and replace the US dollar. While Bitcoin’s proof of work mechanism is increasingly taxing on resources to mine due to their ever-increasing difficulty, advances in other consensus algorithms such as sharding coupled with off-chain scaling platforms are bringing costs and hardware requirements drastically down. And many of these systems are focused on inclusivity by removing barriers for entry and use.

While both currencies have been leveraged for laundering and other illicit purposes, Bitcoin accounts for less than 0.00125% of money spent on the darknet and only 8% of cryptos sent to mixing services represent stolen funds. This is especially encouraging since the technology is flexible. Cryptos have the advantage here because they are programmable while cash is not, and they are inherently traceable where cash can be completely unaccounted for. Regulators are already shaping the route through which cryptos and blockchain can meet viable decentralization through regulatory guidance like the “Travel Rule” and firming KYC/AML requirements which deter laundering efforts.

In order to ensure that such a promising technological innovation makes it past the “chasm” of adoption, we have to address the current issues with blockchain and cryptocurrency. Currently, cryptocurrencies are still exposed at the transactional and storage levels. Because most of the transactional volume happens over exchanges, exchanges need to focus on implementing and integrating new security measures and storage methods. As a sign of progress, blockchain projects have been creating entire networks of partnerships which aid in bolstering current systems with better security and scalability. IDEX has integrated with PhishFort to block phishing attempts for new users that are unfamiliar with private key management. New systems like Fireblocks, offer a well-designed security transfer environment for enterprises and exchanges to integrate with.

In addition, a concerted effort on the part of all blockchain projects are needed to find a pathway to compliance, especially with tightening global regulations. Meeting KYC and AML guidelines ultimately benefit all in the space by ensuring that criminals face the path of most resistance when it comes to offloading their crypto, and therefore disincentivizing the hack in the first place.

While crypto hacks, thefts, and scams may have seriously marred the experience for investors and those curiously watching from the sidelines, the reality is that its effects are exceptionally localized and contained. When compared to the total global market, cryptocurrencies haven’t even scratched past 2% of the total value of the US stock market, even at its highest peak in 2017. However, this won’t be for long. With rapid adoption and participation among all segments of industry and government, there will be more hands in the pot to burn if hacks and scams continue to run amok. That’s why regulators have been slowly introducing more constraining laws, with some countries outrightly banning crypto like Algeria, Bolivia, and Vietnam.

While a small number of countries have chosen to ban cryptocurrency, the potential impact of blockchain is too powerful to ignore, especially if a nation desires to compete on a global scale. As a result, global sentiment seems to be opening up to crypto and blockchain adoption. In May, Vietnam softened their stance on crypto by allowing its largest distribution company, Linh Thanh Group, to operate the first cryptocurrency exchange in Vietnam. In China, the Hangzhou Internet Court recently legally recognized Bitcoin as a digital property. During the most recent G20 Summit in Osaka, Japan seemed to define the year’s sentiment on crypto with leaders declaring that cryptocurrencies are not a threat to monetary stability and that technological innovations can have significant upside to the financial system and broader economy.

Though governments have been battling with the proliferation of crypto for years, it has been for its own good—in part to distance themselves from an unfamiliar beast with a legal stick and in part to protect the interest of consumers from hacks and exit scams. As hackers stumble to stay on top of strengthening technological defenses and regulatory measures, the outlook for blockchain and cryptocurrencies remain positive. 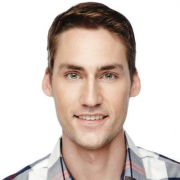 CEO of Aurora and IDEX, Alex is an expert at leading teams in the design and delivery of software products. He has managed a wide range of operations, marketing, and sales analytics products for Amazon, Adobe, and IBM. Alex is a graduate of the Kellogg MMM program, a dual MBA in Finance and Operations and MS in Design and Innovation.

Cryptocurrency Adoption: A Critical Look at the Mass Market Psyche

Decentralized Bitcoin- A Perfect Fit for the Dark Web

Is the Number of Whales Making Bitcoin Centralized?