Honeyminer is the latest ways of all bitcoin mining techniques which allows its users to mine bitcoins via windows laptops – yes, no system software or hardware required. Rather an application downloaded within a matter of seconds, offers it users a flavor of convenient cryptocurrency mining. Easy Peasy!

We make it so that any surplus compute, so any laptop you aren’t using all the way up to a rig that you run is automatically doing the most profitable computation.

It is a call of history as to what bitcoins are and the hype they once generated as a new technology, a new platform. Today, lots of sites and blogs are written as a guidance to make significant amounts of bitcoins, just like putting efforts to make U.S. money. Pros and cons of every possible way have been chalked out clearly referring to as, ‘Everything, even bitcoin costs one something’. Thus, there is no easy way out for cryptocurrency mining.

The irony comes forth when Honeyminer is introduced as an entirely new crypto space which has the potential of leaving Nicehash behind, reason being the recent marketplace hack and security breach that Nicehash faced and caused a huge heat among among people. Nicehash did release a public statement, assuring prompt actions against hackers, however it caused many people to look for alternatives. Moreover, Honeyminer users can earn bitcoins through the most suited specs on their personal computer or laptop, as long they are running, however, it is still under development. Larry Kom, co-founder of Honeyminer said;

I would say there’s not a clear competitor for us, which is why we built what we built.

Honeyminer allows its users to make meaningful money by installing an application on their laptops or computers. An application and an email link is all what users require for bitcoin mining that takes place within a matter of seconds.

How does Honeyminer work?

Honeyminer works using the proficiency of laptops or computers it is installed in i.e. – rather users digging the most treasured currencies to mine, your laptop does it itself using its propriety algorithm to mine GPU (Graphics Processing System) and CPU (Central Processing System) friendly bitcoins. Thus, from a huge number of cryptocurrencies the most profitable ones are mined on its own without users keeping a track of them. Later on, the mined coins are converted into users’ bitcoin wallet according to the hashrate spontaneously and daily. CoinDesk states;

The miner doesn’t have to do the math or manage all the configurations and settings, or manually check the prices,

Once the graphics processing system becomes idle, the application allows its users to mine cryptocurrencies like Ethereum, Ethereum Classic, Zcash, Monero and other GPU-friendly currencies. But obviously, lower end laptops do pertain a lower efficiency as compared to the one that supports gaming and has a high graphic card makes one earn better numbers of bitcoins. Greater the processing power of computers, greater capacity for mining bitcoins obtained.

How does Honeyminer make money?

Honeyminer deducts a negligible amount on the accumulative earnings made but it varies with the number of GPU used. For instance, for one GPU, honey miner charges 2% of the total per day and 8% for more than one GPUs in a computer. It also charges withdrawal as network free of about 0.0005 BTC.

Honeyminer promises its users that user privacy and security are its pivotal concern. Its ensures security in the following ways:

Honeyminer, as of today, offers its users a very simplistic form of bitcoin mining that doesn’t require constant supervision. However, for professional minors who are used to rigorous and complex methods of cryptocurrency mining, honeyminer to them is beyond basic. Which is why, Honeyminer is adding onto multiple features in its upcoming application; Honeyminer Pro, which is expected to not only add a lot more proficient features rather rid itself of a few too. 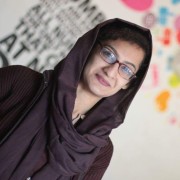