Bounties Network has launched a purpose-built bounty network with rewards in any ERC20 token for the first ETHGlobal Hackathon happening in San Francisco. In an ever-growing partnership with ETHGlobal, this bounty project is custom built for the hackathon, with which attendees and participants would be able to create bounties for different tasks and claim rewards in their own tokens, or in Ethereum.

This project from Bounties Network comes as part of their motivation towards helping the blockchain community as a whole. They have also partnered with ETHGlobal at previous events such as ETHIndia and ETHBerlin and moved to create this bounty platform to help participants creatively engage in the community at ETH San Francisco. The bounty project was announced by the hackathon’s Twitter in a post that said:

Our friends at ethBounties have built a custom bounty platform for ETHSF – create and complete bounties throughout the weekend to earn ETH and tokens!

The involvement of the Bounties Network has not been a thing of new. They’re ever present at ETHGlobal events and have a structural belief that working for the enhancement of blockchain actually involves working with communities. They have collaborated with conferences and events in the past and it suggests that they will continue to do so. While talking to BlockPublisher, the platform revealed that blockchain work is actually community work. They revealed further expansions in collaborative projects and stated in a tweet:

We believe that Blockchain work is community work – engaging communities, adding value and incentivizing collaboration is what we’re all about. We’ve run similar activations at @ETHBerlin, @ethindiaco and will expand to @ethstatus #cryptolife & #devcon4

The Bounties Network generally aims to uproot freelance actions for blockchain projects and provides an incentivized platform for people and communities to get involved and get paid for the work they do in the domain. They aspire to gather a global pool of talent from different backgrounds and their presence at the ETHGlobal event in San Francisco is a testament to that.

The two-day ETHGlobal Hackathon kicked off on the West Coast on Friday and features the largest Ethereum hacking competition powered by prominent blockchain organizations, experts and people from all over the world that are making infrastructure and applications for decentralization in all forms. 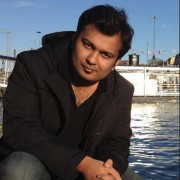