There is a lot more to Bitcoin’s fame growing all over the globe than just the digital currency hype. Whether it is about cars, banking, phones or shipping, bitcoin has everyone covered with added benefits, especially for the startup businesses. Even the bigger rivals such as Amazon, Microsoft and Alibaba are making use of bitcoin to rev up their game.

Switzerland, Malta and Bermuda are actively making legislation to greet new blockchain projects. On the downside, there are some countries that are discouraging many blockchain project, for example in China, the ICOs and access to exchanges has been banned, forcing these blockchain startups to transfer elsewhere. Last year in September, one of the world’s biggest exchanges, Huobi, was forced to quit business in China because of legislative changes. Ever since, we see more of these businesses starting up in Australia, United States, Singapore, South Korea and the United Kingdom. Even though these countries are not actively supporting the cryptocurrencies, they are well tolerant of it.

Setting up a regulatory framework and reaping benefits from it

Even though regulations are a topic much avoided by the blockchain community, they are an important part of how a technology evolves in the future. Some businesses often have freedom for so long in the run that they have troubles when legislature catches up to them. This is why some businesses are positive about setting up in an environment where everything is regulated and there are certain defined boundaries to follow up on. One of the first few countries to start a regulatory framework for blockchain projects was Switzerland.

The top competitors; Switzerland and Malta

The various nations involved have taken keen interest in the blockchain startups to see how they can regulate, and support them.  The various approaches taken on by these governments is referred to as cryptocurrency havens. This new nick can owe to the fact that these countries are attempting to attract fintech and blockchain projects in their markers in the better hopes of making use of a potential financial uprising to heighten up their own agendas.

Replicating Switzerland’s actions, other nations are trying to compete in leadership in blockchain growth. The biggest competition has been the island of Malta. It all started when Binance, the biggest cryptocurrency exchange globally, started up in Malta, after transferring from Japan due to the building regulatory pressure there. The Maltese government has set a framework including three crypto positive bills. OKEx and BitBay have also opened up there. Jonathan Galea, a lawyer, told how Malta is different from the rest;

What distinguishes Malta from the rest of other jurisdictions when it comes to blockchain and cryptocurrencies — put simply — is the fact that the government, the opposition and all regulatory authorities are pulling the same rope together, chasing one single vision: making Malta one of the leading countries in the space. That, coupled with the ease of accessibility to top officials in relevant positions that are there to promote and aid business activities rather than to hinder it, makes Malta an attractive destination for all blockchain-related matters.

Free will and liberation in the U.S. blockchain community

U.S. is the chief player in both the cryptocurrency and blockchain communities. However it has been up against some competition with ICOs because of Securities Exchange Commission’s description of what a recently discovered virtual currency can be classified as. This did not stop U.S from shutting down its blockchain projects. Jack Keating, a lawyer in New York, told about the challenges faced by the blockchain projects faced in the New York State;

The biggest problem with ICOs is that many of them are being done in clear violation of U.S. securities laws. Whether the issuers are unaware or agnostic to the potential consequences of issues unregistered securities, without a exemption from Section 5 registration. Many ICO issuers have ignored the requirements of the raising capital in the U.S.

With the support of Switzerland and Malta setting precedent for better understanding crypto, UK and US now have better regulations regarding various features of the blockchain ecosystem. Romal Almazo, the cryptocurrency principal consultant at CAPCO states;

In the U.K., the FCA [Financial Conduct Authority] still does not regard cryptocurrencies to be a currency or a commodity under MiFID II. They do, however, admit that some firms will be regulated where they offer products or service which are caught under existing financial regulations — e.g., Bitcoin futures. Where firms offer ICO tokens, they also concede that some firms might be issuing a regulated security. For a token to be regulated as a security under the U.S. Securities Act of 1933, a firm should look to the ‘Howey test’ and the ‘U.S. Person’ test.

Other smaller countries like Bermuda, Estonia and Liechtenstein are also putting their best forward to compete in the blockchain world with friendly regulations suited best to their individual needs. John Smirnov, CEO of Block-chain.com said;

With most regulators making some form of comment or direction for the present looking to the future of crypto, there are few actually enacting any laws. The crypto market is in the midst of an important transition. The likes of the SEC have made sweeping statements — catching the whole market in a difficult position, as far as the U.S. is concerned. Others merely state they don’t currently regulate crypto but will be announcing something soon, like the U.K.’s FCA. 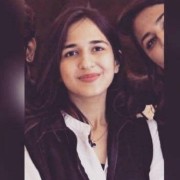