NEM made OATH Protocol their strategic partner for the integration of voting system. Oath is a decentralized protocol that protects the rights and assets of dApp users. The partnership will be beneficial for both as NEM can leverage on OATH protocol to resolve voting system disputes in NEM blockchain whereas OATH protocol will benefit from the vast NEM network.

Our partnership with NEM brings a lot of advantages for both sides. To break it down to the most important: we will have a source of users to sign up as Jurors.

Oath Protocol’s major goal for now is its adoptability and acceptance in the blockchain world. Talking about Oath’s usability, Michael further stated;

More usability and exposure brings us closer to our vision of becoming the standard across all public chains and dApps.

The core issue regarding blockchain technology is the validation that can be manipulated, based on common-law jury system, OATH’s dispute resolution protocol comes in handy as it solves a very generic problem. OATH protocol will add a security layer on the NEM ecosystem that’ll be extremely beneficial for infrastructure stability by making the voting system extremely transparent and fair.

We are working hard and dedicated on it

Only time will tell how this partnership with NEM will open new doors for OATH protocol that strives to protect rights and assets of dApp users, however, blockchain experts are very optimistic and enthrilled about new partnership possibilities withing blockchain world. 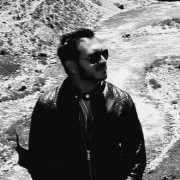